Conception and implementation of an IoT donation box. 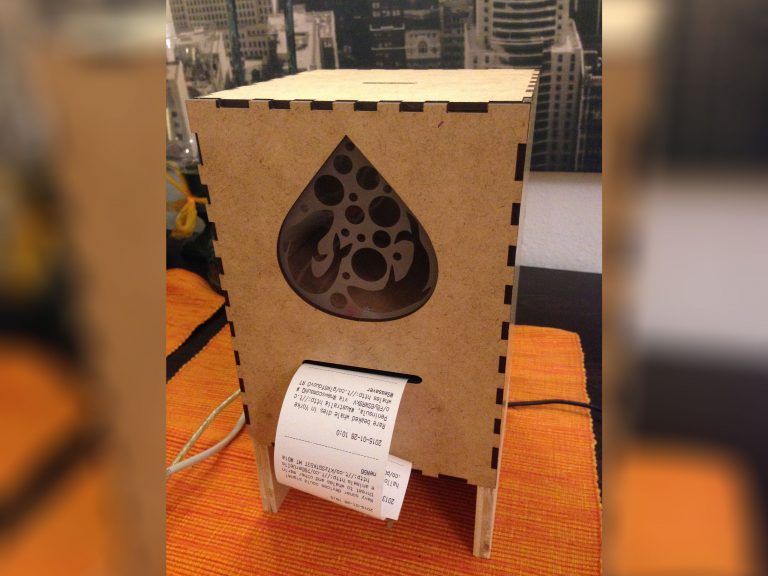 Pure Water is a donation box to inform people that our oceans need care. The project consisted of the conception and the implementation of the device and the corresponding backend. Users were able to define Twitter-Accounts, whose posts were printed by a thermal printer on a regular basis.

Our oceans are victims of pollution and overfishing. With Pure Water we let people know about all the negative incidents of the world wide news by printing them out in front of the box. People can rip it off, read through the ongoing stream of negative events and donate right away – an interactive donation experience.

The whole box was designed in Adobe Illustrator and shortly after physically copied using a lasercutter. The box is made out of acrylic glass and wood. An Arduino Uno microcontroller connects the thermal printer, photoelectric fork sensor and LED-lamps. The sensor is triggered as soon as someone donates a coin. As a result, the microcontroller connects to the printer to print out an acknowledgment. The news-tweets are collected and processed on an external server. The microcontroller connects regularly to the server via an API and prints the most recent items. Administrators can login to the backend page of the server to adjust the news sources on the fly.